How to Get Rid of Snakes in Arizona. Atomic Snake Control Homepage

Tips on how to get rid of snakes and snake control can apply to many other types of snakes, even though the tips and information on this page apply to the arizona rattle snake.

There are 13 species of rattle snakes that have been identified in Arizona. The most common are in the lower desert regions and include the western diamondback, Mohave, and sidewinder.

Snake Control
(Get Rid of Snakes)

Atomic has the most qualified snake control exterminators in the state of Arizona to help you with any kind of snake and/or pest.

The rattle snake (one of the most common poisonous snakes) bite is extremely painful and destructive but rarely fatal.

Many bites occur when people try to kill, capture or mess with the snake, so the safest snake control and way to not get bit is to leave them alone.

Using caution and basic common sense while in Arizona's great outdoors will make the experience far more pleasurable and safer.

Call Atomic Today to Get Rid of Snakes

Arizona Outdoors and Venomous Snakes (Get Rid of Snakes)

Extra caution should be taken when walking or climbing in the desert or mountains at certain times of the year, especially when the daytime temperatures remain above 82 degrees Fahrenheit.

How to Get Rid of Snakes in Arizona

The baby arizona rattle snake is typically born around the end of July, and capable of biting and secreting venom from birth.

Some species of baby rattlesnakes are more toxic on a drop to drop basis than their adult counterparts, but are far less dangerous because they cannot inject the same amount of venom.

The arizona rattle snake becomes active during March and April and move to areas where they can soak up the sun. During the hot summer months the temperature is too high for daytime activity.

These snakes are most active during August and September when the overall climate is ideal for them.

Atomic Can Help Get Rid of Snakes

Most rattlesnakes have a flattened, triangular shaped head with a heat sensing pit located between the nostril and eye on each side that is used to locate and trail prey. Different species of rattlesnakes can be of different lengths, with the western diamondback growing up to six feet in length.

Get Rid of Snakes and Snake Control

An actual rattle does not appear until about three or four months. The actual rattling can serve as a warning, but not always, as rattlesnakes can strike without warning or making a sound.

Their striking distances ranges between 1/4 to 1/2 of their body length.

Do not handle dead venomous snakes or their severed heads because a reflex strike/bite can occur for hours after the snake is dead. Coloring varies by species, but most blend in well with their environments.

The Arizona rattlesnake is usually mottled or banded in shades of tan and brown, but can also be a combination of grayish green, orange, red, bright green, yellow, black or peach.

Snake Control
(Get Rid of Snakes)

Atomic has the most qualified snake control exterminators in the state of Arizona. Call Atomic Today

Immediate pain or a burning sensation occurs at the site of the bite with fang marks usually visible.

Victims may experience a metallic or rubbery taste in their mouth. Significant swelling usually occurs within minutes, and symptoms may progress to weakness, sweating and/or chills, nausea and vomiting.

A small percentage of arizona rattlesnake bites are 'dry,' meaning that the snake has not injected venom. But do not count on being one of the lucky ones: seek help immediately Ð only a physician can determine if you have a 'dry' bite.

The venom injected contains several enzymes designed to attack the tissue at the bite site that can cause severe tissue damage. The venom also contains components that cause blood thinning and other effects on the body.

The Mohave rattlesnake venom may also contain a neurotoxin that results in severe muscle weakness.

Seek medical attention from a hospital emergency room immediately after the snake bites! You will be evaluated and administered antivenin if necessary.

Regardless of whether you are a great distance from your car or have to move slowly GET HELP.

You'll have time to reach medical care. Don't panic. Stay as calm as possible. If bitten by rattle snakes or any other snakes on the hand, remove all jewelry before swelling begins.

DO NOT DO ANY OF THE FOLLOWING AFTER ANY VENOMOUS SNAKES ATTACK: 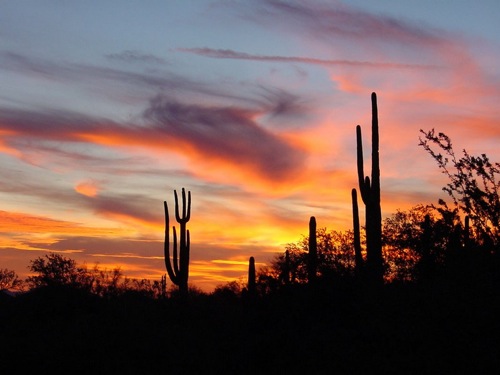 Get Rid of Snakes and Snake Control

Time spent capturing rattle snakes delays arrival at the emergency department, and may result in additional bites. Identification of the snake is not necessary for treatment. The physicians treat the symptoms as they occur and modify the antivenin/treatment as needed.

Treatment is not rattle snakes specific.

From Get Rid of Snakes to Homepage