Tarantula wasps are just as easy to remove and control as any other wasp but watch out for their bites. The hawk wasp is not only one of the most common wasps in the state of Arizona but is also known to have the worst sting among all wasps. 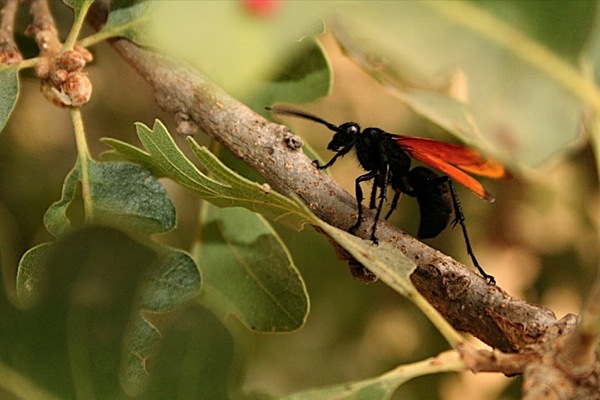 Tarantula wasps depend on the tarantula spider to survive. The female wasp traps a spider tarantula and paralyzes it with her stinger. Once the spider is paralyzed, she quickly digs a hole, drags the spider inside, lays an egg, and then covers the hole.

Once the egg hatches, the wasp larvae feeds on the tarantula until it is fully developed into the tarantula wasp; soon after it begins feeding on plant nectar.

The following methods apply to all types of wasps and nests.

Wasps nests can sometimes be a real head ache to get to, but they have to be removed in order to control a tarantula hawk wasp infestation.

This process can really get challenging, especially for individuals who have never done it before. But no worries, here are the most common places where you can find a wasp nest and how to remove it.

The tarantula hawk wasp is notorious for digging holes into which they make their nests.

Return to the Wasp Control Home page to learn more.

To remove this wasp nest and other types of wasps nests you will need:

As with most wasp removal methods, this is most effective at night but can also be done during the day. We recommend you do it at dusk.

Use cellophane paper to cover the flashlight lens to stimulate wasps.

Puff insecticide dust into nest which will result in wasps trying to exit wasp nest immediately. In order to prevent this, cover nest entrance with the moist soil.

Note: The entrance can't be covered during the day, the reason for this is that not all wasps are in nest.

That's it, wait one or two days before removing nest, then dispose of it so that no wasps can claim it later

Wasps will often build the nest above windows, in trees, tall buildings, etc., they use this method for protection.

The good news is that most insecticides come in pressurized containers and can spray a steady stream (can reach up to 15 to 20 feet), that, in most cases, is more than enough to do the job. For more on this click here. 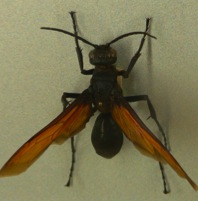 The German yellow jacket insect is more notorious for building nests in structure wall voids; the tarantula wasp are also capable of this but won't be as common.

To remove nests in wall voids you will need:

Insert wand into the wall void where wasp nest has been located. Release Resmethrin for about 25 seconds.

Take Sevin dust and inject some into nest. This can be difficult to do and sometimes it will just be plain impossible; but if possible, do it. Make every effort to get as close to the nest as possible for best results.

Immediately after, cover steel wool with Sevin dust and plug wasp entrance hole applying more dust all around it.

Never plug a hole without using any insecticides, wasps will find another way out, and that may be chewing through drywall.

Returning workers will try to remove steel wool by chewing on it. This, of course is impossible for them to accomplish and will instead end up consuming insecticide.

All you have to do now is wait about 12 hours to see all returning workers dead.

If you are having difficulty locating the nest try leaning your ear against drywall, a stethoscope will be of great help here. Once located, drill a small hole to inject Resmethrin into nest, the rest of the process is the same. 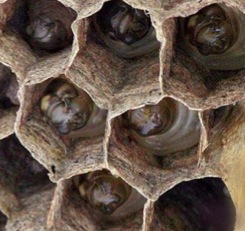 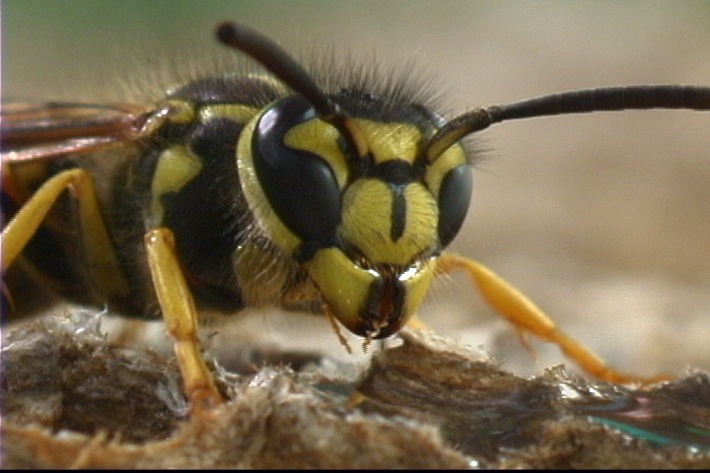